In Arts and Culture

How the Aga Khan Park Captures the Essence of Islamic Gardens

When Lebanese landscape architect Vladimir Djurovic was commissioned to design the Aga Khan Park in Toronto in 2005, His Highness the Aga Khan sent him on a tour of Islamic gardens and architecture around the world, ranging from Fatehpur Sikri in India to the Alhambra in Spain. Though Djurovic is based in the Middle East and well known for developing urban spaces that help people connect with nature, he had never designed an Islamic garden before. Both the tour and the experience of designing the Aga Khan Park proved to be transformative for Djurovic. They have influenced “every single project” he has taken on since the park’s inauguration in May 2015, he says.

The Ismaili Canada’s Arts Editor, Gazalla Hirji, spoke with Djurovic about his experience designing the park and how the park brings people together. This interview has been edited for length and clarity. 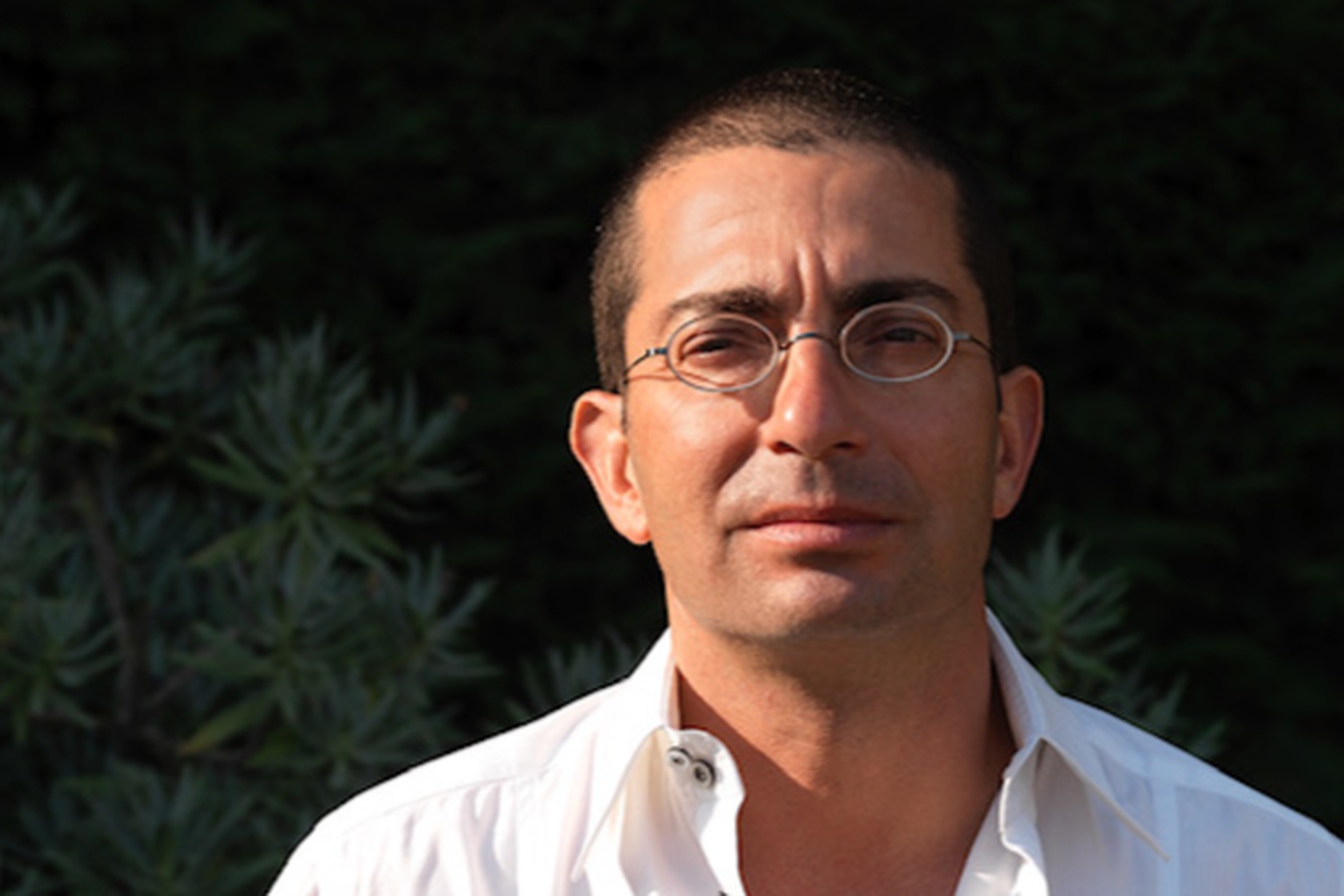 What was your approach to designing an Islamic-inspired park in a North American climate?

VD: Across different continents, Islamic gardens always adapt to their context and culture. We had to envision this new adaptation for the North American context. We embarked on thorough research on Islamic gardens across the world: what unifies them and makes them unique. And then, of course, a lot of research on the climate and the context, the materials, vegetation, and the construction standards in Canada, because we had to adapt the garden to the North American context.

As a part of your research, you saw Islamic gardens around the world. How did seeing these gardens influence your design of the park?

VD: When His Highness sent me on a tour of Islamic gardens around the world, I saw gardens that were designed centuries ago. I saw projects that transcend time and that have lasted for generations. So we wanted to achieve that somehow. From these classic Islamic gardens, we abstracted what we felt was their true essence and translated it into a language that addresses this new context.

I remember sitting in the garden outside Humayun’s Tomb in New Delhi—the last stop on my tour—and it just struck me how spectacular it was, hundreds of years after it had been built. Yet it was simple, too. There was just sand and water channels and a strong geometry, but the sum is much greater than the parts. It was poetry. If you added something, you would destroy it, and if you removed something, it would fall apart.

So in the Aga Khan Park, those few elements—water, gravel and the orchard—are conceived in a certain way so the garden captures you and takes you away from the spaghetti junction all around you. And the context is a tough one: the park is right on the edge of the highway. The garden needed to have a certain presence to cast its spell on visitors. Its bold geometric layout with five major reflecting mirrors of water, and a native orchard in the middle, all surrounded by an expanse of loose gravel, offers a serene and engaging atmosphere for everyone. It’s a contemporary reinterpretation of Islamic gardens. 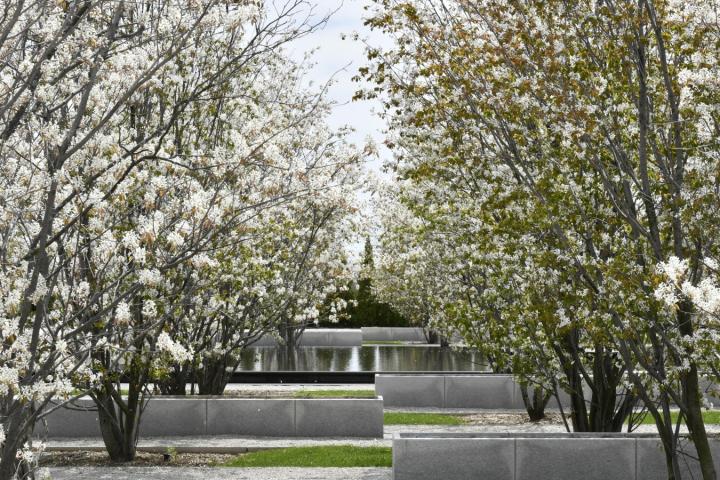 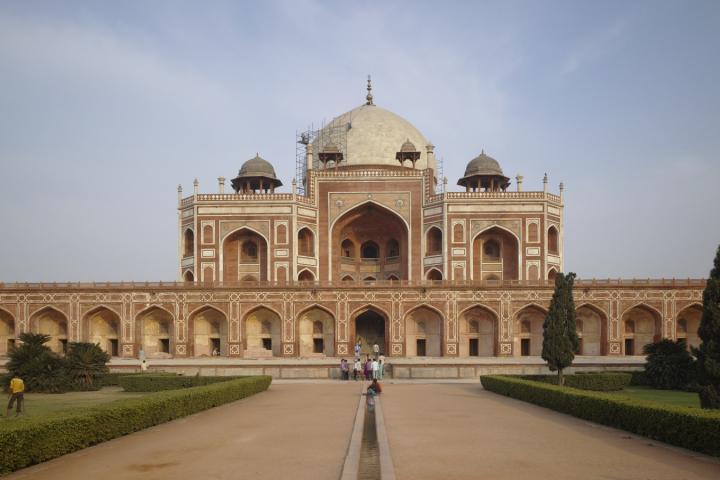 How did you incorporate elements of environmental sustainability into your design?

VD: The park is built and designed to stand the test of time. We used solid granite for maximum durability, and incorporated native species. The ground is mainly covered with loose gravel that soaks up water and replenishes the water table.

The formal garden is currently surrounded by grass, but in our initial vision for the park, that area was meant to be an indigenous botanical garden to raise awareness of the value of biodiversity. We plan to create this garden in the near future.

May 2020 marked the five-year anniversary of the park’s inauguration. What role does the park play in Canada? How do you see this role evolving in the next five or 10 years?

VD: First and foremost, the park is an inclusive place that brings people together to celebrate diversity and the richness of cultures. It showcases Islamic culture and its perpetual evolution and adaptability to different times and places. The park has a big role to play in our current condition. There is a dire need to bring people together and to address our mounting environmental challenges. The park is still new and trying to find its place. We have to push it further with more innovative programming that brings more culture, more art and more people together. 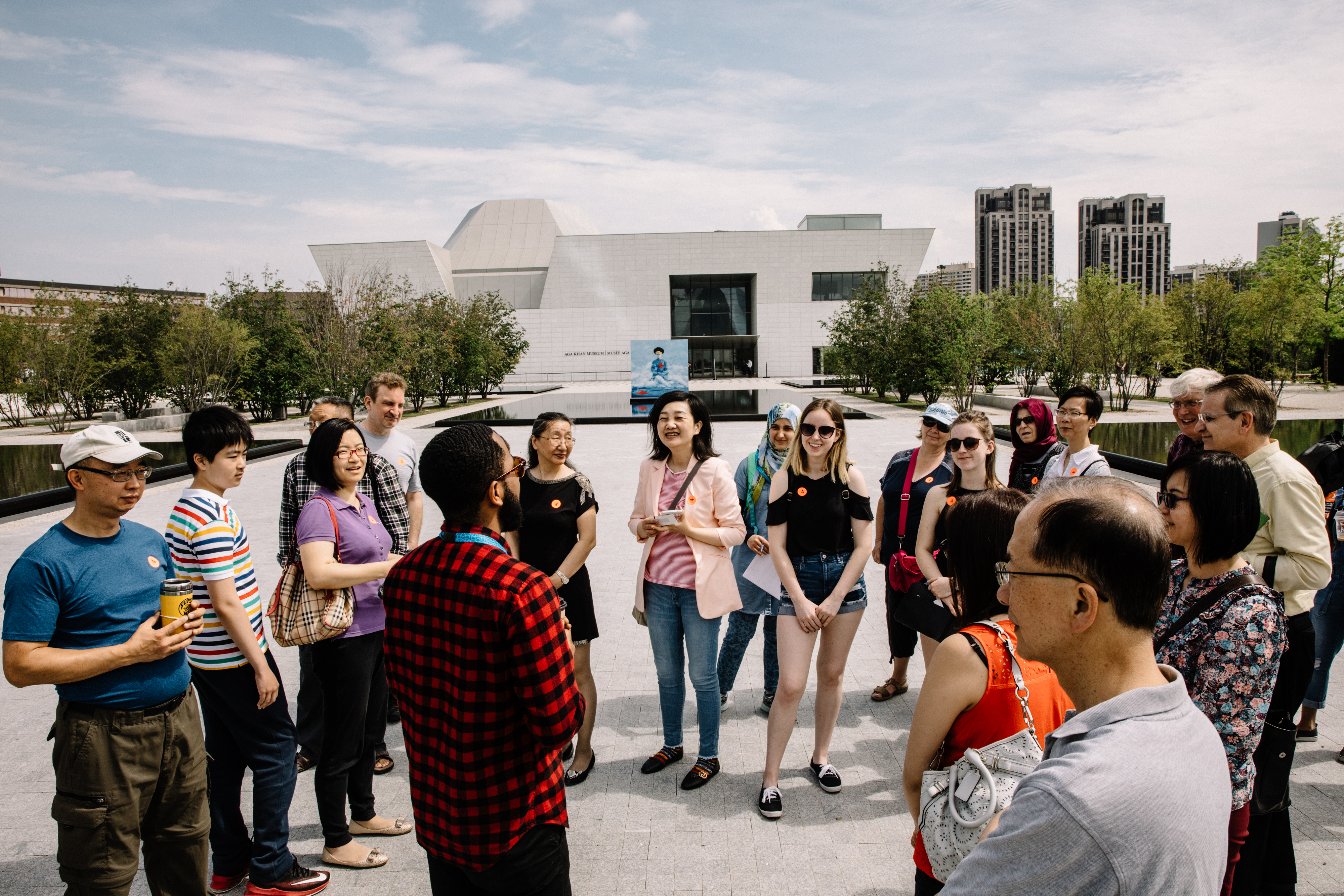 Visitors on a tour at the Aga Khan Park. Photo: Aga Khan Museum.

How has your recent work been influenced by your experience designing the park and working alongside His Highness?

VD: It has been a major influence, to say the least. Everything we do now is somehow shaped by our relationship with His Highness. Seeing his vision of what a project should do has transformed the way we do things. He asked us to build something that transcends time, which led to a big shift in how we work. Now, we don’t build for the present. We design every single project to last for generations.

His Highness also highlights projects that have an impact on the community that reverberate way beyond the project itself, and every project has to somehow be exemplary in what it is trying to do. That has become ingrained in how we approach every single project.

More from In Arts and Culture 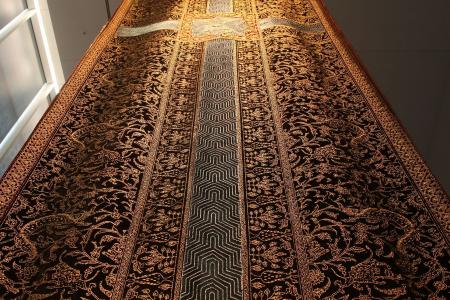 How the Chahar Bagh Has Been (Re)interpreted Through Time 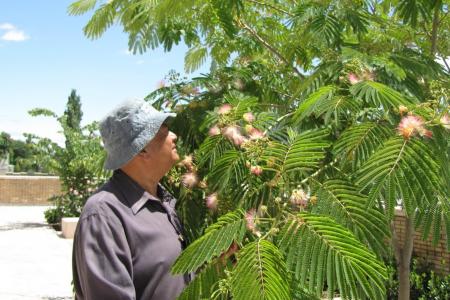 Dwelling in My Father’s Garden: The Fragrance of Love 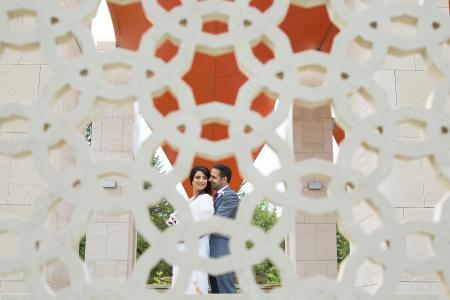 For the Love of Gardens

A witness to the first wedding at the Aga Khan Garden reflects on how the garden blends, nature, design and faith