Home » The Ismaili Magazine » In Focus » Oases of Peace and Culture

When Amir Ahmadi moved with his family to Kabul from central Afghanistan in 2004, he could feel the negative effects of Afghanistan’s civil wars as he moved through the streets. There were few places for families and friends to gather in public.

But that began to change in 2008, when Bagh-e Babur, a 16th-century garden built to honour Babur, the first Mughal Emperor, reopened to the public. These days, Ahmadi’s family visits the walled garden, which has high-surveillance security, at least twice a month to escape the city’s bustle, or celebrate holidays like Navroz and Eid.

“We used to lack places where families could get together for picnics. Now we have Bagh-e Babur, which is the only place people feel safe in Kabul,” says Ahmadi. “Having Bagh-e Babur in a busy city is like having a nose in a human body to breathe.” 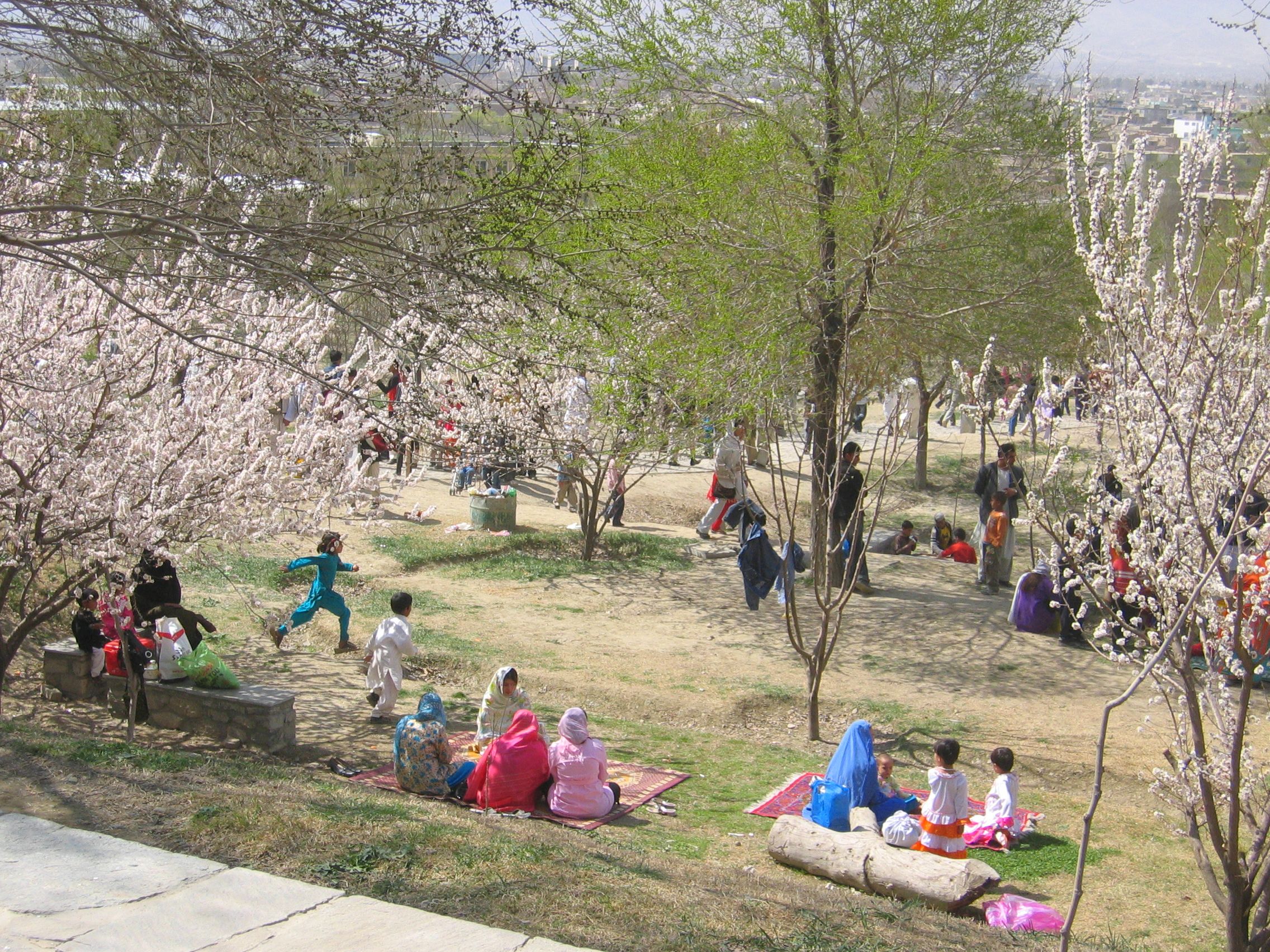 People in the Bagh-e Babur gardens at springtime. Photo: AKTC.

Along with much of Kabul’s infrastructure, Bagh-e Babur, which is the world’s oldest surviving Islamic garden, was heavily damaged in warfare during the 1970s and 1980s, and withered in ruins for years. From 2003 to 2008, the Aga Khan Trust for Culture (AKTC) restored the 11-hectare garden and surrounding public facilities, including a swimming pool, a palace complex and a 17th-century roadside inn complex.

The garden, which features a chahar bagh and 15 orchard terraces descending towards the Kabul River, is now a welcoming haven for families. The success of Bagh-e Babur inspired AKTC to embark on a multi-year revitalization of the 19th-century Chihilsitoon Garden and Palace, Kabul’s largest public historic site. The two gardens are now among a handful of public spaces where women can socialize safely in Kabul.

“As a war-torn zone, Kabul can be bleak with its ongoing security issues. The gardens have become symbols of hope for the future,” says Jurjen van der Tas, Director of Partnerships and Development at AKTC. 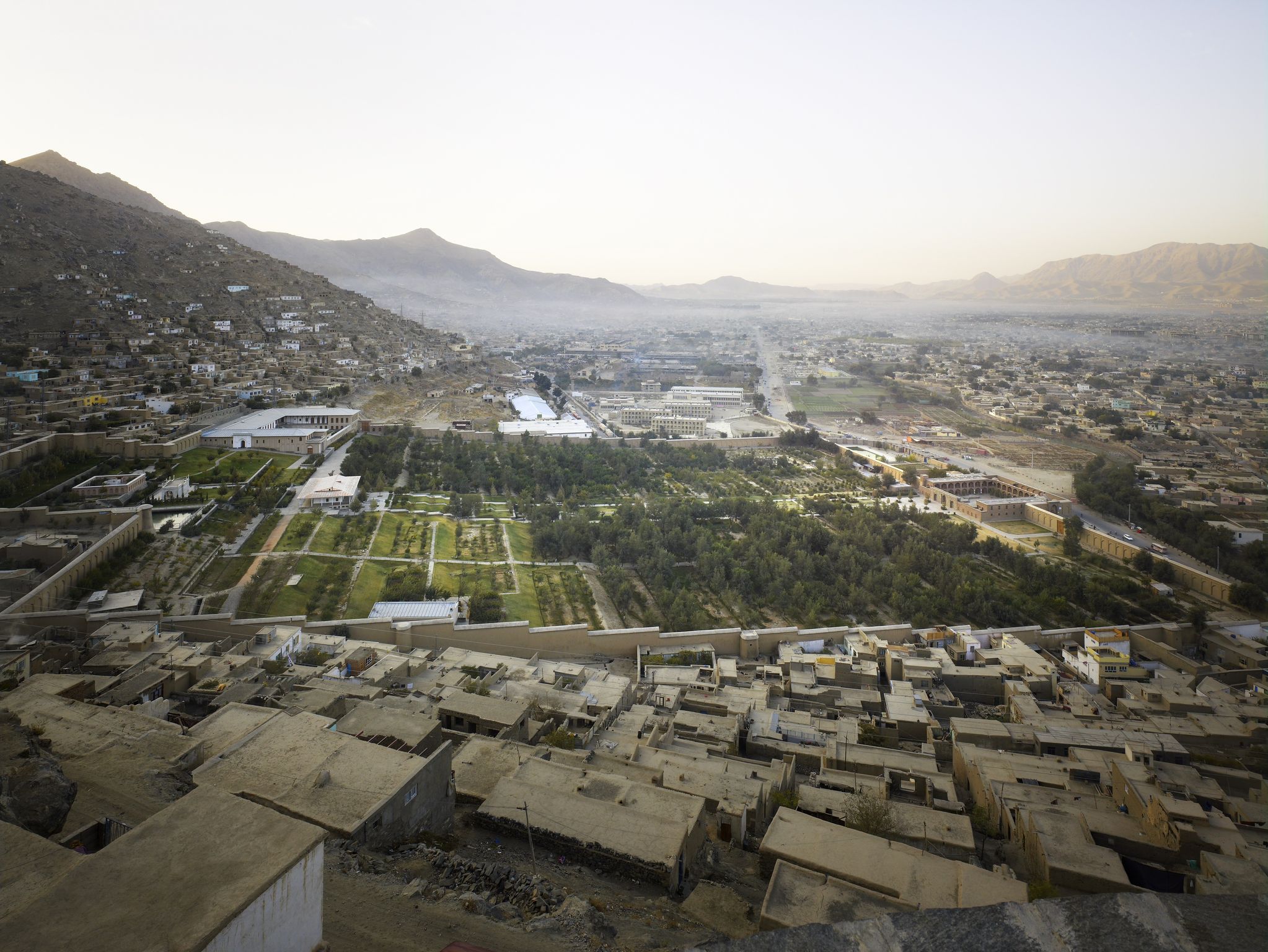 Laid out on the slopes of the Sher Darwaza Mountain, Bagh-e Babur is divided into stepped terraces of sixteen levels. Photo: Christian Richters/AKTC.

Van der Tas helps manage AKTC’s diverse portfolio of park and garden initiatives, seven of which are in six cities in developing countries, including Bamako, Cairo, Delhi, Kabul, Khorog and  Zanzibar. In these cities, rapid growth coupled with poor city planning has resulted in the decline of green spaces.

“Too often in recent years, urban architecture—under pressure from urbanising rural populations, greater human longevity and shrinking budgets—has neglected the importance of open spaces in a healthy city landscape,” said His Highness the Aga Khan at the inauguration of the Aga Khan Park in Toronto in 2015. “We keep crowding more buildings into dense concentrations while short-changing the enormous impact that well designed open spaces—green spaces—can have on the quality of urban life.”

From Bamako to Delhi, AKTC’s parks and gardens have emerged as cultural hubs, uniting communities for plays and festivals, and providing safe spaces for women and children. Such revitalization projects have also had tangible economic benefits.

In Zanzibar, AKTC undertook a revitalization of Forodhani Park in the historical Stone Town, a UNESCO World Heritage site that reflects influences from the Arab, Indian and European marine trade. Through this restoration, AKTC preserved important Muslim heritage and provided a boost for tourism, the foundation of the local economy. 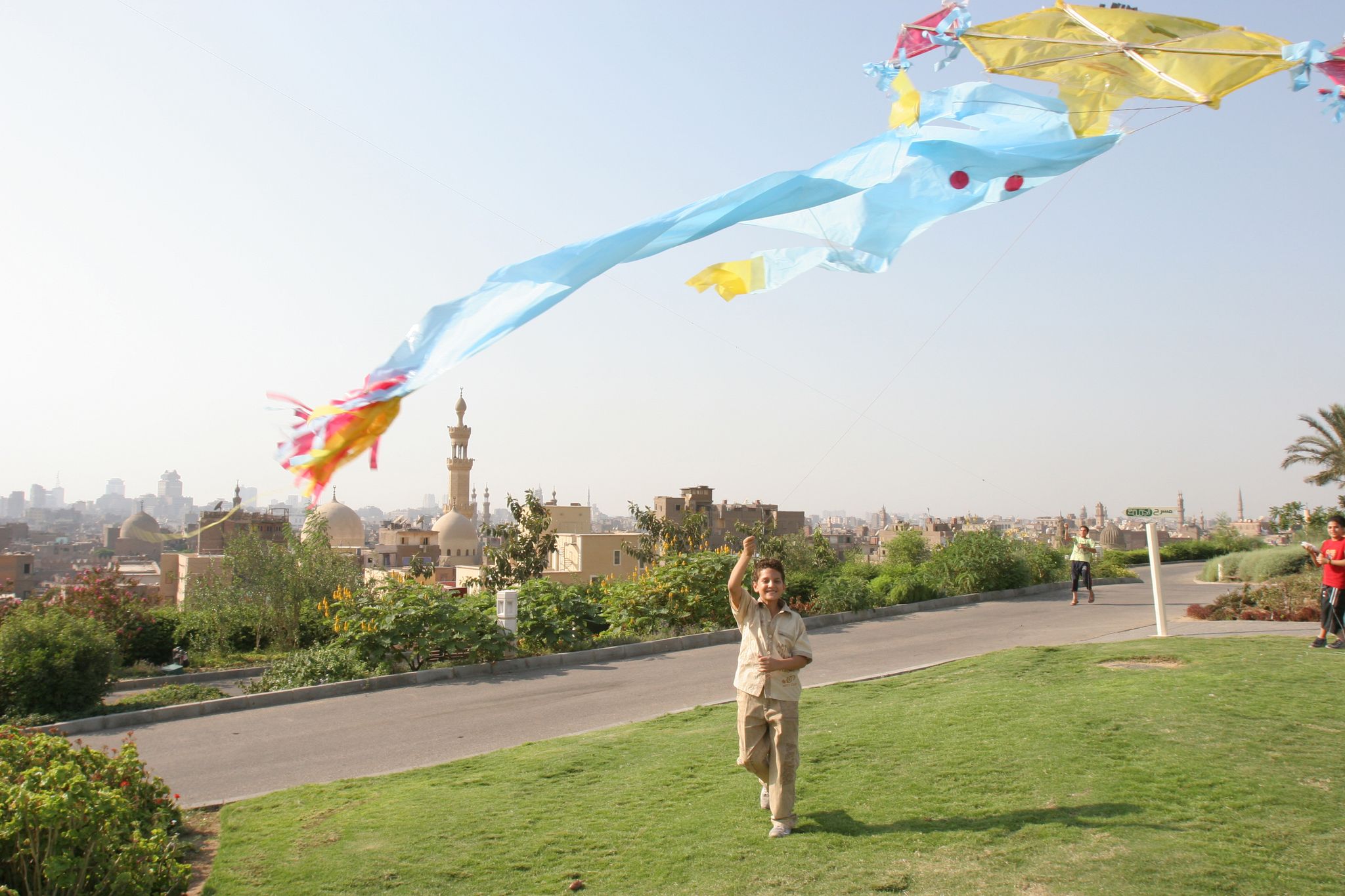 In Cairo, AKTC transformed a 500-year-old rubble dump into the Al-Azhar Park, a lush 30-hectare park now considered to be the “green lung” of the city. The project also served as a catalyst for urban rejuvenation in nearby Darb al-Ahmar, a poor neighbourhood cramming 100,000 Cairenes into 1.5 square kilometres in central Cairo.

This once bustling area of Cairo’s historic Islamic district had changed as manufacturing facilities were built and locals lost touch with their surroundings. The park site had slowly turned into a dumping ground for rubble from earthquakes, fires and urban reconstruction. During the removal of 1.5 million cubic meters of rubble and soil, a 12th-century Ayyubid wall and several other historical landmarks were discovered. AKTC undertook the excavation and extensive restoration of these historic monuments as a part of the construction of the park.

Hundreds of young men and women from Darb al-Ahmar have been hired to work on the restoration projects and in the park. In addition, proceeds from ticket sales are invested in housing rehabilitation and health initiatives in Darb al-Ahmar. Locals now have access to skills training in different sectors, such as souvenir production and shoemaking, as well as micro-credit loans to open and run small businesses.

“Food and beverage outlets have doubled, vacant lots have been built up. There is now higher income and quality of life has improved,” says AKTC’s van der Tas. 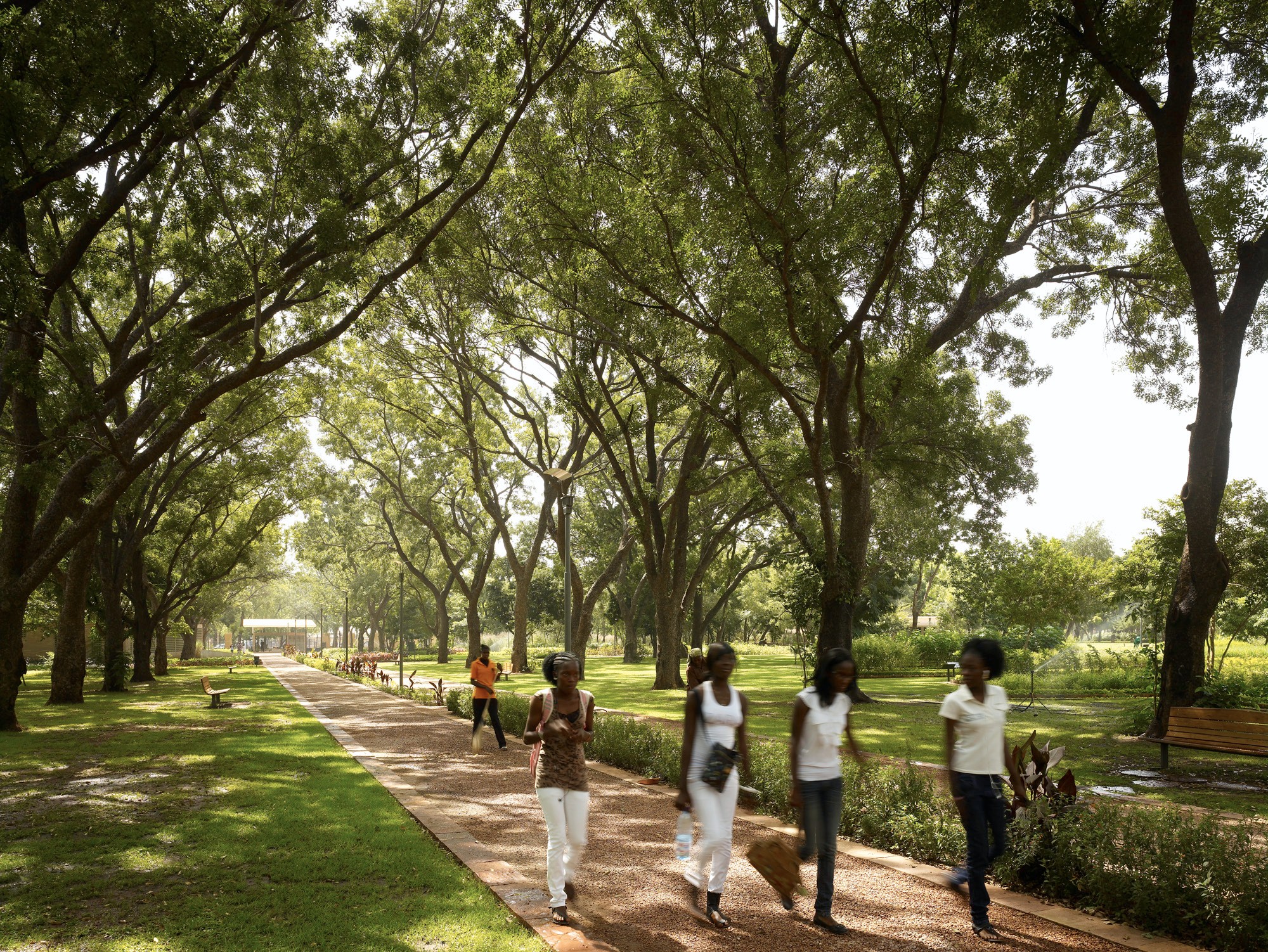 In Bamako, the fastest-growing city in Africa, ATKC responded to a growing demand for public recreation facilities by collaborating with the Government of Mali to build new amenities in the National Park of Mali. Built during the French colonial era, the park is located within a larger 2,100-hectare forest reserve. The revitalization of the National Park was completed in 2010. The 103-hectare expanse now includes a sports complex, an amphitheatre, a restaurant, and fitness, jogging, cycling and mountaineering tracks of varying intensities—all providing recreational and leisure space in one of the poorest cities in the world.

After the opening of the revitalized park, the rehabilitation efforts were expanded to the bordering Mali Zoo—a request made by the government on behalf of the local community. The zoo has always been popular with locals, but visitors worried about its dilapidated state and the well-being of animals kept in small cages. The newly renovated attraction, which is now home to over 100 species, has recreated natural habitats for the animals and adheres to international zoo standards. The chimpanzees have trees and hammocks, the lions share a small forest and an artificial river, and the zoo now features an aviary and aquarium. The zoo is also a vehicle for research and conservation of endangered African species. 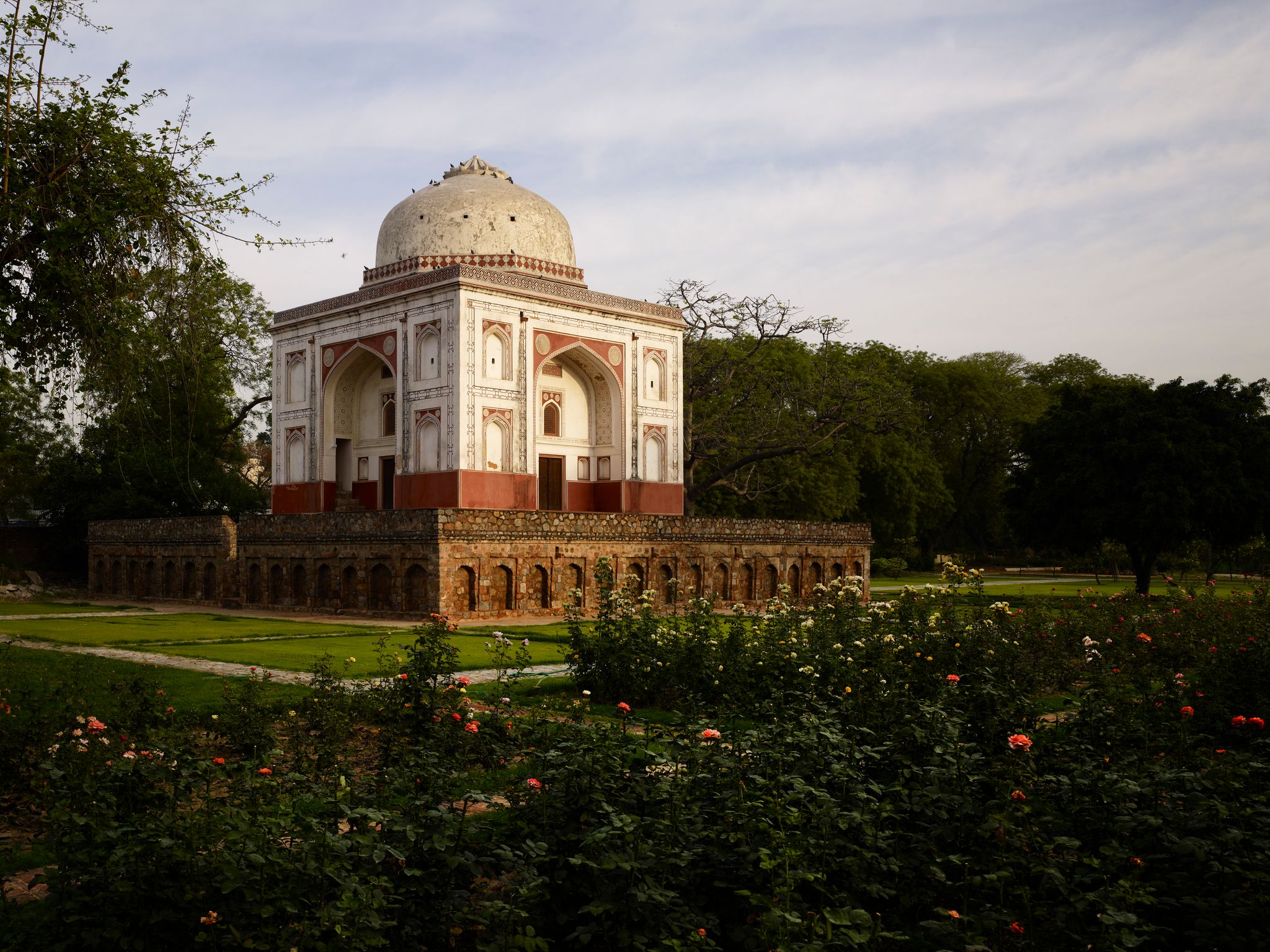 Historic preservation is also a core component of many of AKTC’s projects, which aim to highlight the importance of cultural conservation, even in countries struggling with conflict and meeting their populations’ basic needs. “If we want to go forward, we need to know where we came from,” explains van der Tas. “These parks and gardens add to people’s knowledge of their history and it gives them pride.” 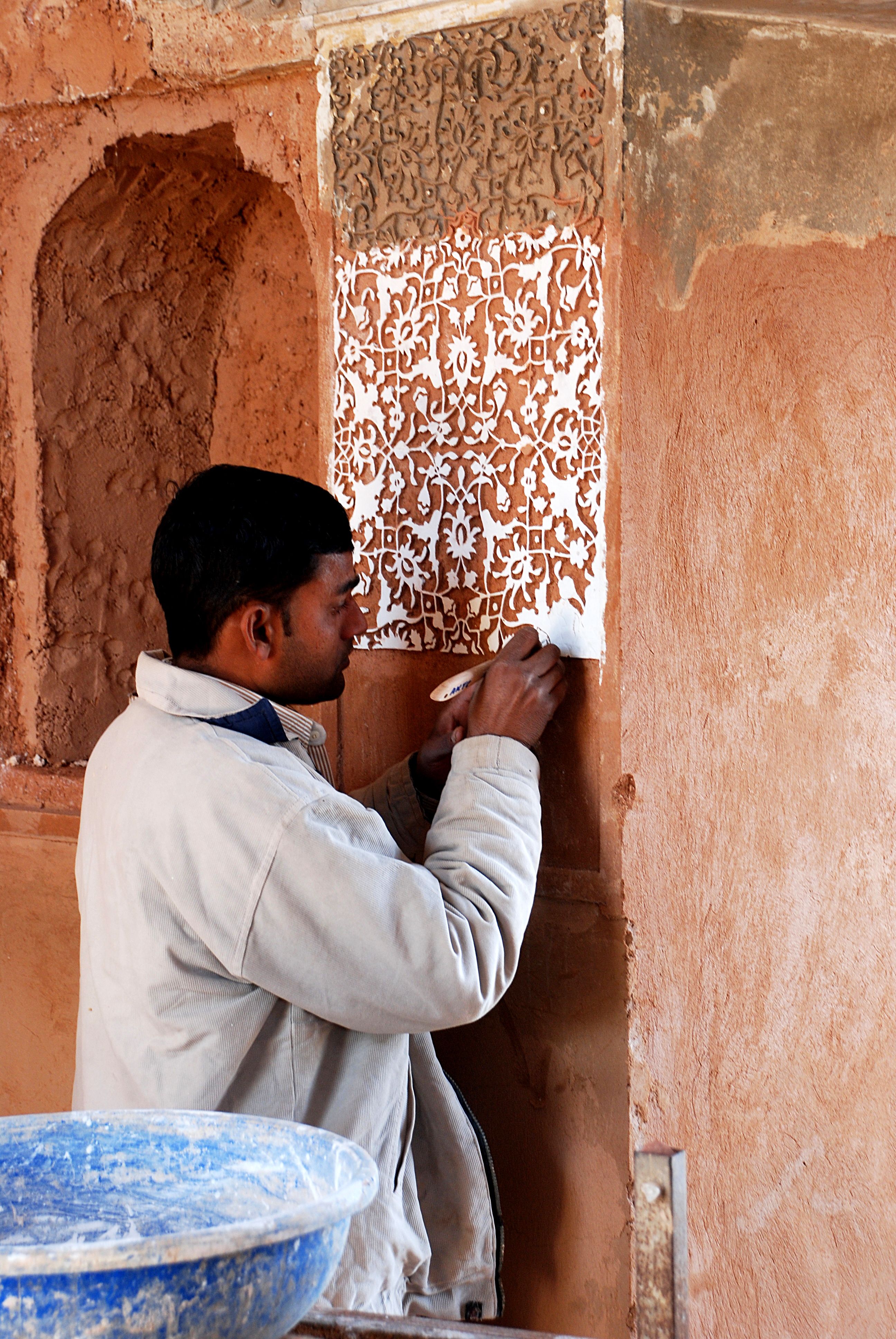 A craftsman works on a wall decoration on Sunder Burj, a 16th-century Mughal tomb in Sunder Nursery. Photo: AKTC.

The restored Sunder Nursery is simultaneously a tribute to Muslim heritage and an urban oasis in a dense metropolis of 19 million. It has also contributed to Delhi’s tourism industry. In 2018, Time Magazine named Sunder Nursery as one of the “World’s 100 Greatest Places.” It is listed among Delhi’s top five attractions on TripAdvisor, a popular travel website.

At the same time, AKTC’s parks and gardens offer spaces for personal contemplation. In 2018, singer Nizar Ferozy and his family moved to Delhi from Kabul, where they had feared for their safety. Despite their differences in history and design, Ferozy describes Bagh-e Babur and Sunder Nursery as ecological paradises from which he draws artistic inspiration.

Ferozy recently filmed a video in Sunder Nursery for a new music project inspired by the Divine. “These gardens allow me to connect to the past, and think about how people used to live their lives. It’s refreshing and inspiring,” he explains.

AKTC’s green oases of peace and culture will continue to enhance and encourage social, cultural and economic growth across the world. As the Aga Khan expressed at the 2018 inauguration of the Sunder Nursery, these green jewels are “gift(s) from the past that will keep on giving, long into the future.”

Dr. Malika Ladha is in her final year of a dermatology residency in Calgary and The Ismaili Canada’s Prairies Bureau Chief. She is fascinated by the intersections between journalism, health and culture. 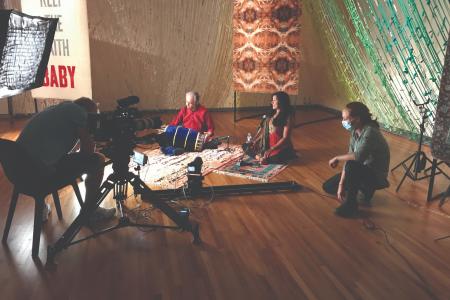 The Museum Without Walls 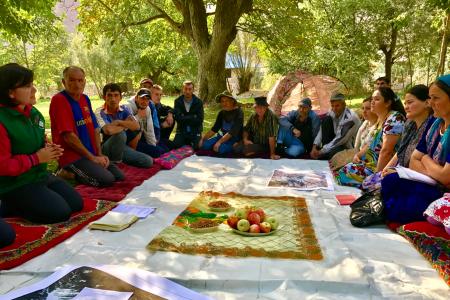 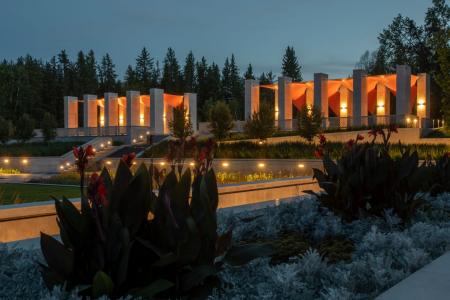