Friday Night Reflections: For the Public Good - Women in Leadership

We are delighted to be joined this week by trailblazers Nurjehan Mawani, former Chair and CEO of the Immigration and Refugee Board of Canada, and Mobina Jaffer, Canadian Senator, to discuss their life-long service in advancing the public good. Join host Zahra Premji as our special guests chronicle their successes, sources of inspiration and barriers to progress along their ground-breaking journeys as Muslim women in public service.

Offering rare glimpses into their acclaimed careers, their stories and experiences on how to influence public policy and change deeply ingrained perceptions with grit, tenacity and competence, serve as reminders to us all of our potential, in these troubling times, to shape the future and bend the curve of history towards justice and compassion.

Nurjehan Mawani, C.M., has had a long and distinguished career with the Canadian Public Service, where she served as Commissioner of the Public Service Commission of Canada, Advisor on Diversity to the Canada School of Public Service, and as Chairperson of the Immigration and Refugee Board of Canada or IRB. Mrs. Mawani also served as the AKDN Diplomatic Representative to the Islamic Republic of Afghanistan from 2013-2019 and to the Kyrgyz Republic from 2005-2013. As Ambassador, she guided AKDN’s engagement through periods of political instability, insecurity and economic transitions while coordinating the expansion of the Network’s development activities to strengthen critical human and institutional capacity.

In 2007, Mrs. Mawani received the UNIFEM Canada Award for her innovative leadership, ability to bridge law and policy and for the far-reaching effects of the guidelines in positively impacting the lives of thousands of refugee women and girls. She is a recipient of the Order of Canada and the Outstanding Achievement Award of the Public Service of Canada. In 2004 she received an Honorary Doctorate from the University of Ottawa for her distinguished record of public service, and in 2018, she received an Honorary Doctorate of Humane Letters from the American University of Afghanistan for her leadership and contribution to the development and improvement of quality of life in Afghanistan. Born in Mombasa, Kenya, Mrs. Mawani is a lawyer and has practiced both in the United Kingdom and Canada. She is now based in Vancouver with her family.

The Honourable Mobina Jaffer, Q.C. represents the province of British Columbia in the Senate of Canada, where she is deputy-chair of the Standing Senate Committee on National Security and Defence. Appointed to the Senate on June 13, 2001 by Prime Minister Jean Chrétien, she is the first Muslim senator, the first African-born senator, and the first senator of South Asian descent.

Senator Jaffer was a member of the Standing Senate Committee on Human Rights for almost a decade, in which capacity she chaired a number of studies including one on the sexual exploitation of children in Canada. She served as Canada’s Special Envoy for Peace in Sudan from 2002 to 2006. From 2002 to 2005, she chaired the Canadian Committee on Women, Peace, and Security. An accomplished lawyer, Senator Jaffer has practiced law at the firm Dohm, Jaffer and Jeraj since 1978. Appointed a Queen’s Counsel in 1998, Senator Jaffer was the first South Asian woman to practice law in Canada. In 2003, she received an Honorary Doctorate from Open Learning University. The Women’s Executive Network named Senator Jaffer among Canada’s Top 100 Most Powerful Women in 2003 and 2004. Born in Kampala, Uganda, Senator Jaffer speaks six languages and lives in Vancouver with her family. 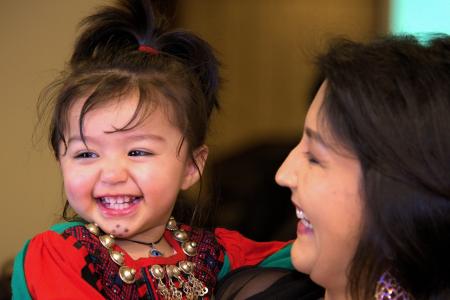