Home » The Ismaili Magazine » In Focus » Persevering Through Outer Space

Aerospace engineer Farah Alibay probes the mysteries of the universe.

An illustration of NASA’s Perseverance rover landing on Mars created to depict the scheduled landing on February 18, 2021. Hundreds of critical events must execute perfectly and exactly on time for the rover to land safely. Image: NASA/JPL-Caltech

In February 2021, NASA’s Perseverance rover landed on Mars. One of its missions is to collect samples from the planet’s surface, which, if successfully returned to Earth, will be the first ever obtained from another planet. The goal, according to Dr. Farah Alibay, is to determine if there was ever life on Mars.

“A few billion years ago Mars may have looked a lot more like Earth than it does today,” says Alibay, who has been a systems engineer at NASA’s Jet Propulsion Laboratory since 2014. She told The Ismaili Canada that scientists believe Mars once had water and a magnetosphere—the buildings blocks necessary for the life that exists on Earth.

This is important, Alibay says, because proving there was life on Mars would make it much more likely that there is other life, and a lot of it, elsewhere in the universe. “Where do we come from and are we alone? That’s a question existentially we’ve asked ourselves, not just in our society, but since the start of humanity.”

Alibay, 33, says her parents were instrumental in her becoming an aerospace engineer. She and her brother were born in the small town of Joliette, Quebec. They were raised without gender stereotypes, she says. She played with toy cars and Lego as much as with dolls, and had an insatiable appetite for learning.

“School was her life,” recalls her mother Nadine Soundarjee, who remembers her daughter crying when each school year ended.

In high school, Alibay nearly went in a completely different career direction as she decided between medicine and aerospace. She recalls how she felt encouraged by many around her, including her religious community, to become a doctor.

Her parents, on the other hand, pushed her to follow her passion. “I remember my father saying, ‘If you want to be a farmer then have a farm, but do your best and put your heart into it.’”

“My brother was the one who was into space and I really liked dinosaurs,” she recalls. That changed when she was nine and they watched the movie Apollo 13. Spoiler alert: “I remember he was horrified. We had to fast forward to the end to show him the astronauts survived,” she says. “By the end of it, he was no longer interested in going to space and I was just fascinated.” When Alibay was 13, her father took a job in Manchester, England. “For my parents it was an opportunity to expose us to something different and change our view of the world,” Alibay says. They also wanted their children to learn English. Alibay’s mother stayed at home to help her and her brother adapt during their first few years in England.

After high school, Alibay earned bachelor’s and master’s degrees in Aerospace and Aerothermal Engineering from the University of Cambridge before interning at NASA. She then went to Massachusetts Institute of Technology, where she completed her PhD in Space Systems while continuing to intern at NASA. She joined NASA full-time after completing her studies. Before Perseverance, she worked on the InSight Mars Lander, which measured seismic activity on the red planet. Alibay gives a tour of the JPL In-Situ Instrument Laboratory to social media influencers in the lead up to the InSight landing in November 2018. Photo: JPL-Caltech

As a woman of colour in a male-dominated field, Alibay spends time mentoring other women and advocating for diversity in science, technology, engineering and mathematics (STEM). “I want to change the aerospace culture and the way we integrate young female engineers and celebrate differences,” she told the Huffington Post in February 2020.

Because of COVID-19, Alibay and her team have mostly been working from home since mid-March 2020. Even so, they pushed ahead with the Perseverance rover’s launch in July 2020. It was scheduled long before the pandemic. The rover had to be launched within a strict three-week window to reach Mars, she explains. “The planets decide when these things are due.”

“It’s kind of crazy,” she adds. “We’re trying to change humanity, landing the biggest, most complex rover we’ve ever landed on another planet, and we’re doing all of that in the middle of a pandemic.” 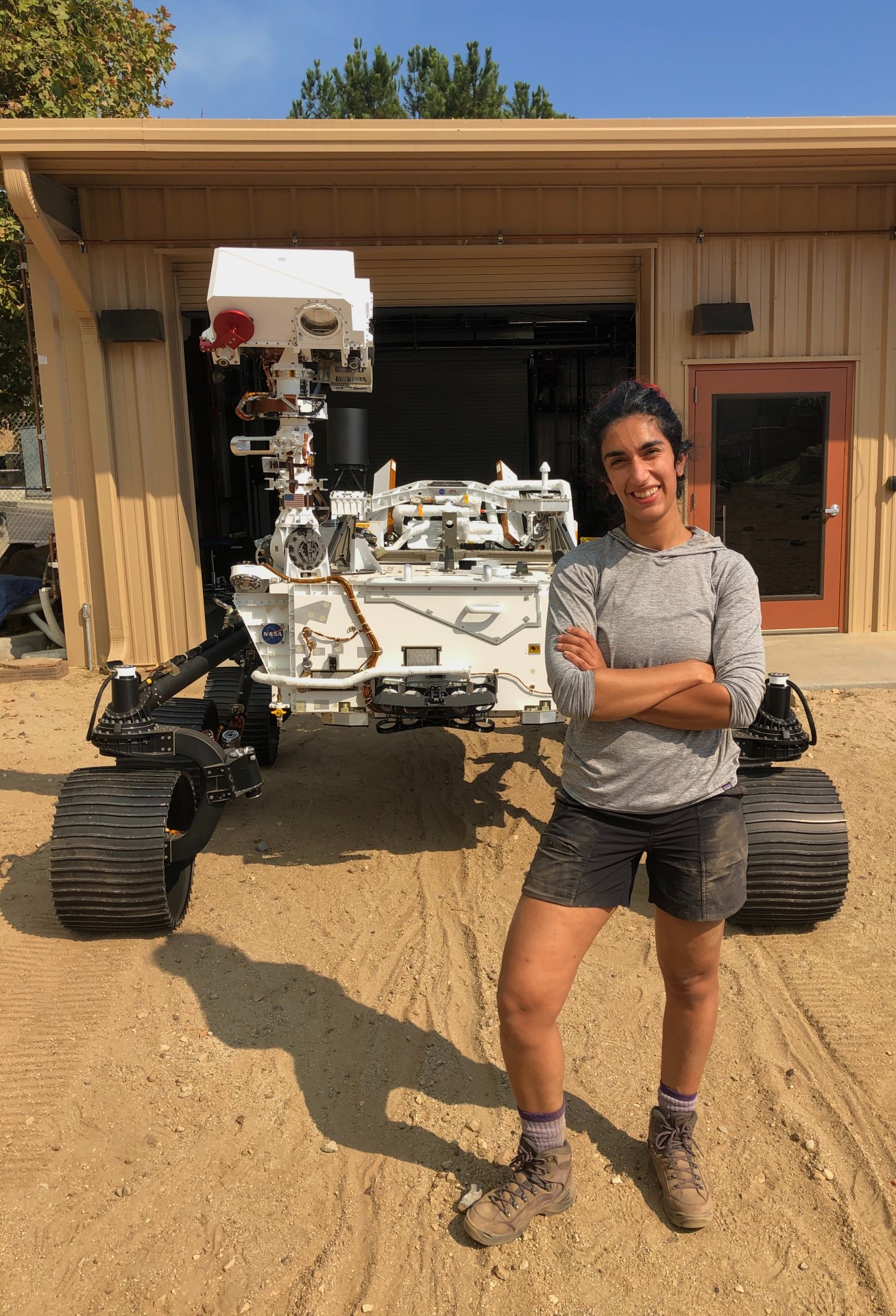 Alibay in front of OPTIMISM, the Earth twin to Perseverance, in the JPL Mars Yard, October 2020. Photo: JPL-Caltech

While Perseverance was making its way to Mars, Alibay and her team tested the rover’s navigation system on a replica here on Earth. Once Perseverance landed, they started to  transmit commands to the rover for it to carry out during the day. The rover sends information home at night.

Alibay loves her job. She has advice for anyone unsure of what career to choose: “Find what it is you’re curious about. For me, it was space, but whatever it is, when you walk into a bookstore or in your spare time, whatever it is that brings you happiness, that piques your interest—find what that is and make a career out of it,” she says.

“I get so much joy from going to work everyday that it’s become my second goal to share my passion with others.” 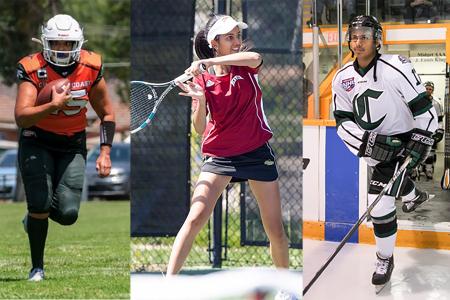 Sports During a Timeout

Five professional athletes talk about sport during the pandemic. Behind the Scenes of Friday Night Reflections

An inside look at the weekly broadcast that brought the Jamat together during the pandemic.

Letter from the Editors

In the face of the pandemic, we asked: how do crises lead to positive transformation?